If one asks any Pakistani about their favorite and most indulgent dish, they would probably answer with Nihari. This meat stew with an array of herbs and spices often served with crispy flatbread or naan, is a meal bursting with flavor and deeply filling. The perfect plate of Nihari is hot, spicy, rich, and exploding with spices that tingle one’s taste buds, making for the ideal, hearty Sunday breakfast/brunch.

Although consumed all year round, Nihari is mainly a winter delicacy or one served during special occasions like the month of Ramadan and Eid-ul-Adha. While some historians trace the roots of this dish to Awadh (in Uttar Pradesh, India) during the Mughal era, the accepted point of origin lies in Delhi during the twilight era of Mughal India. At the time, the kitchens of the Delhi Sultanate were rich with the delicious and diverse flavors brought to India from Persia by the Mughals. The word ‘Nihari’ comes from the Arabic word “Nahar”, which means “the morning”, because Muslim noblemen (Nawabs) would consume this dish after morning prayers, and fall asleep till the afternoon prayers.

However, the rich realized that Nihari is quite a heavy dish, and one needs considerable activity to work off the heavy meal. Therefore, they decided to make it for their laborers, to give them enough energy to work on Mughal forts and palaces. It was served in the early mornings to both laborers and soldiers for free due to its energy-boosting and appetite curbing properties. Nihari was even said to have medicinal properties, capable of curing those who had a fever, sinus infections, and the common cold.

The method of cooking Nihari has largely remained the same. It was originally cooked with thicker cuts of meat which could break down as the Nihari was slow cooked for over 6-8 hours. Traditionally, veal or a beef shank is used, and tender meat instantly breaks off the bone in a juicy, steamy bite. These days, however, mutton and chicken Nihari variations do exist and take lesser time to cook, but they are not considered equal to the traditional Nihari.

What separates the Nihari from the traditional curry or stew is the thickness of the gravy, which is the result of the shanks cooking alongside the marrow throughout the night. The tender meat is given ample time to break down in the aromatic and tantalizing spices. Nihari is made in large rounded pots (daigh), sealed shut with flour glue to retain maximum heat and steam for a slow-cooked roast. Additions to Nihari include bone marrow (which is a variation called ‘Nalli Nihari’) or brain curry cooked in spices. Instead of eating Nihari with regular flatbread, one can also have a special leavened flatbread, called a Kulcha.

According to the best chefs, the main factor that differentiates between a good and bad plate of Nihari is the chef’s understanding of the dish, and innate knowledge of the proportions of spices to go in the masala. Similarly, every eatery cooks the dish with different quantities of spices, and only a true food expert can discern a particular chef’s Nihari. Some older restaurants add a few kilos of leftover Nihari in the next day’s daigh to give their dishes extra flavor in a process that is known as taar. Some restaurants in Dehli boast of having taar that goes back centuries, as a way to connect their rendition of the dish to a historic and prestigious culinary tradition. 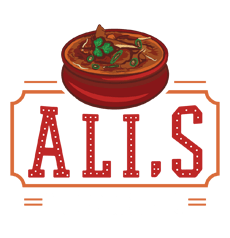